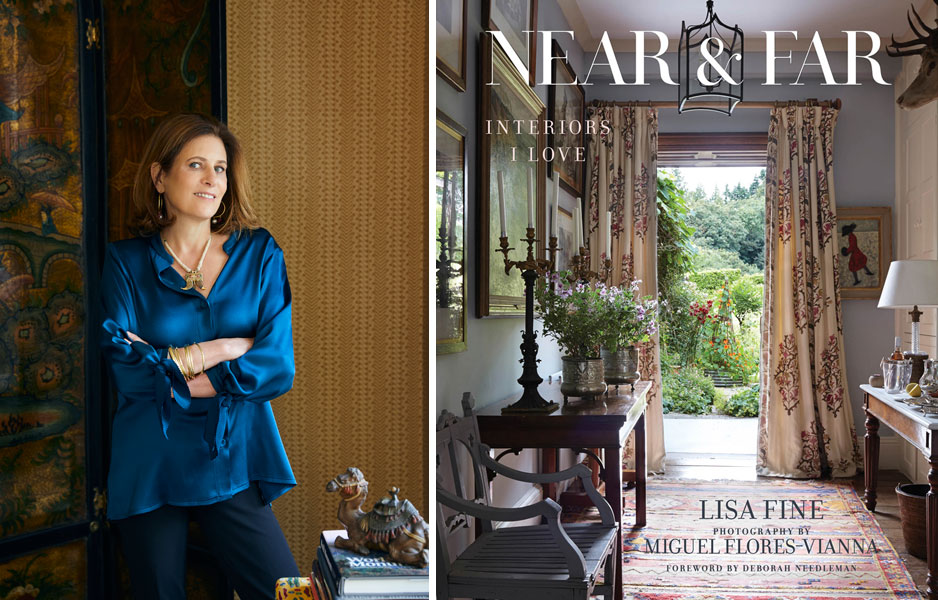 Lisa Fine is a former contributing editor at Elle Décor and House Beautiful, and is an internationally established textile designer specializing in hand-printed linens. Fine produces a range of both exotic and traditional designs, influenced by her extensive travels and a particular passion for India and Eastern culture. Her coveted designs are used by many of the world’s leading interior designers.

She is also the author of Near & Far, which showcases her homes in New York, Dallas, and Paris, as well as many other designers and style icons. As long as she can remember, Fine has had a passion for color, pattern, old-world ambiance, and exotic elements that kindle the romance of faraway lands. “I love pretty, layered rooms that draw you in and make you want to stay,” she says. “As a little girl in Hattiesburg, Mississippi, my favorite activity was going on house tours. I’m not a decorator, but I’ve always been obsessed with decorating my own homes.” Professional training would have been beside the point. Fine has an innate flair for pulling off everything she does with that je ne sais quoi that can’t be taught.